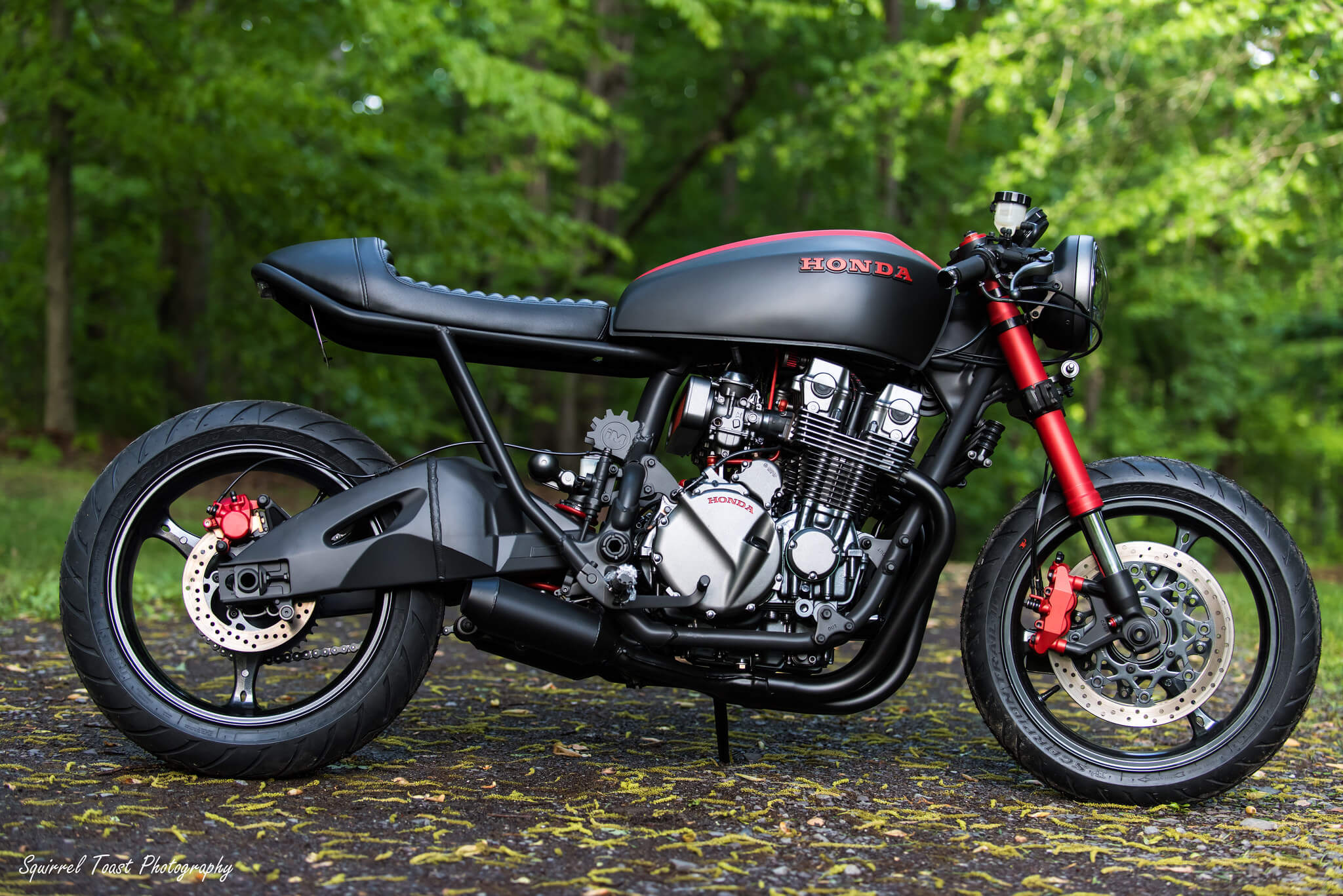 The build started as a 1992 Honda CB750 Nighthawk with a rock solid 747cc air-cooled engine that puts out a pretty 75hp. The bike has been completely re-built along with the chassis (forks, wheels, steering, brakes) with seals, gaskets, bearings and rings. Carburetor was overhauled and re-jetted to accommodate the new custom air intake and exhaust. Every aspect of the motor and carbs are colored in great detail.

Client based builds can make color changes and some design changes. Please contact us to discuss.

Bike in it's stock form:

Finished product by our talented team: 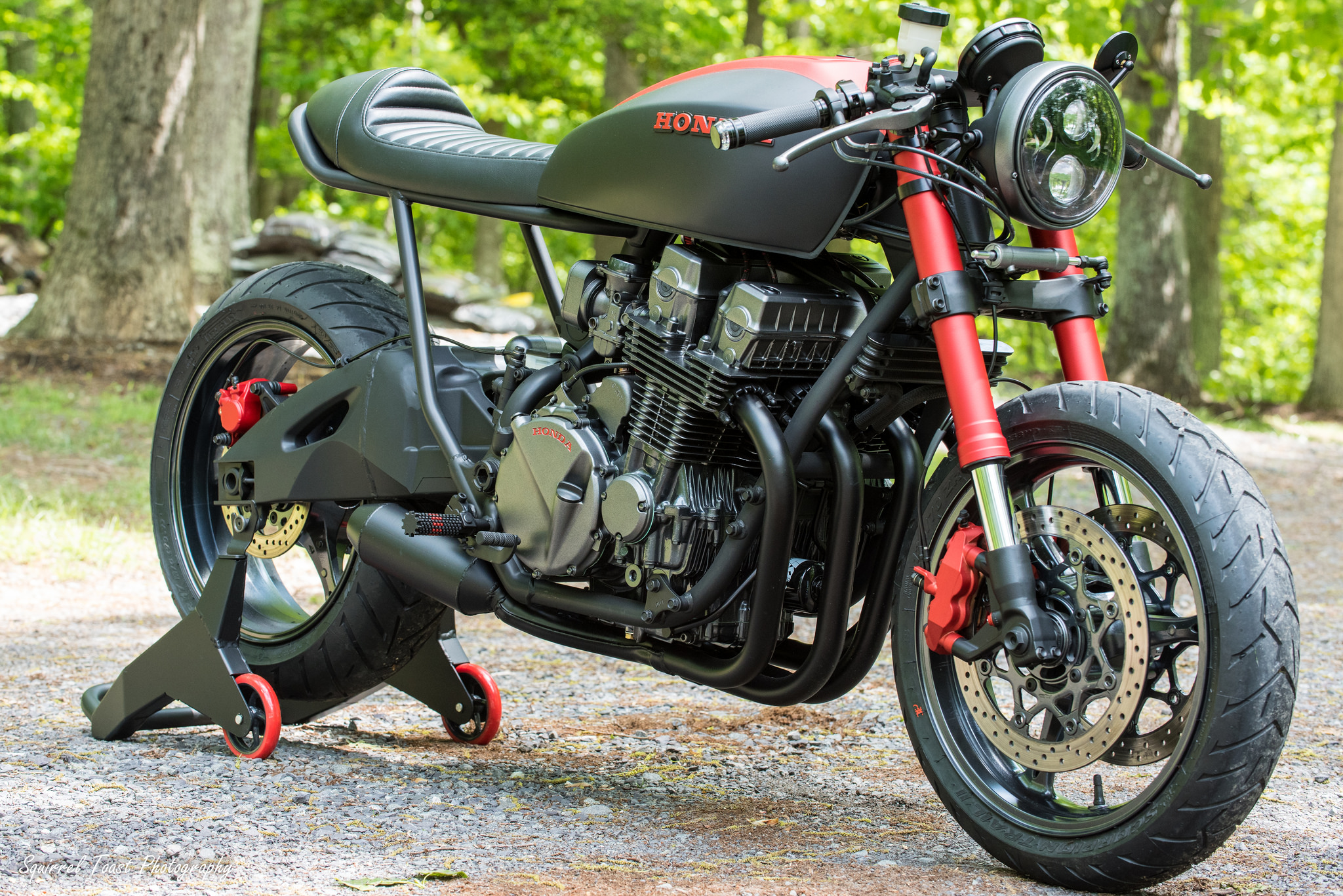 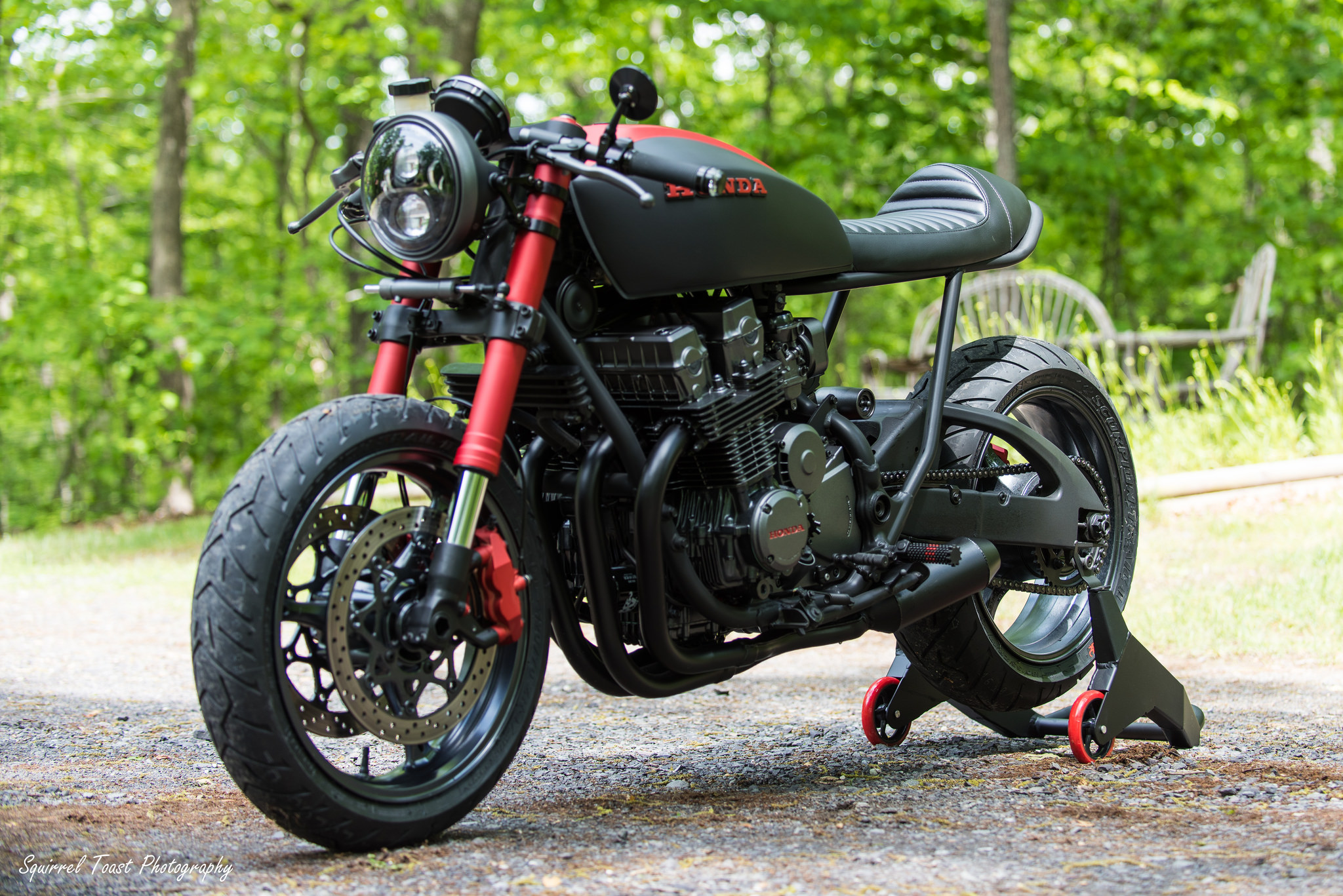 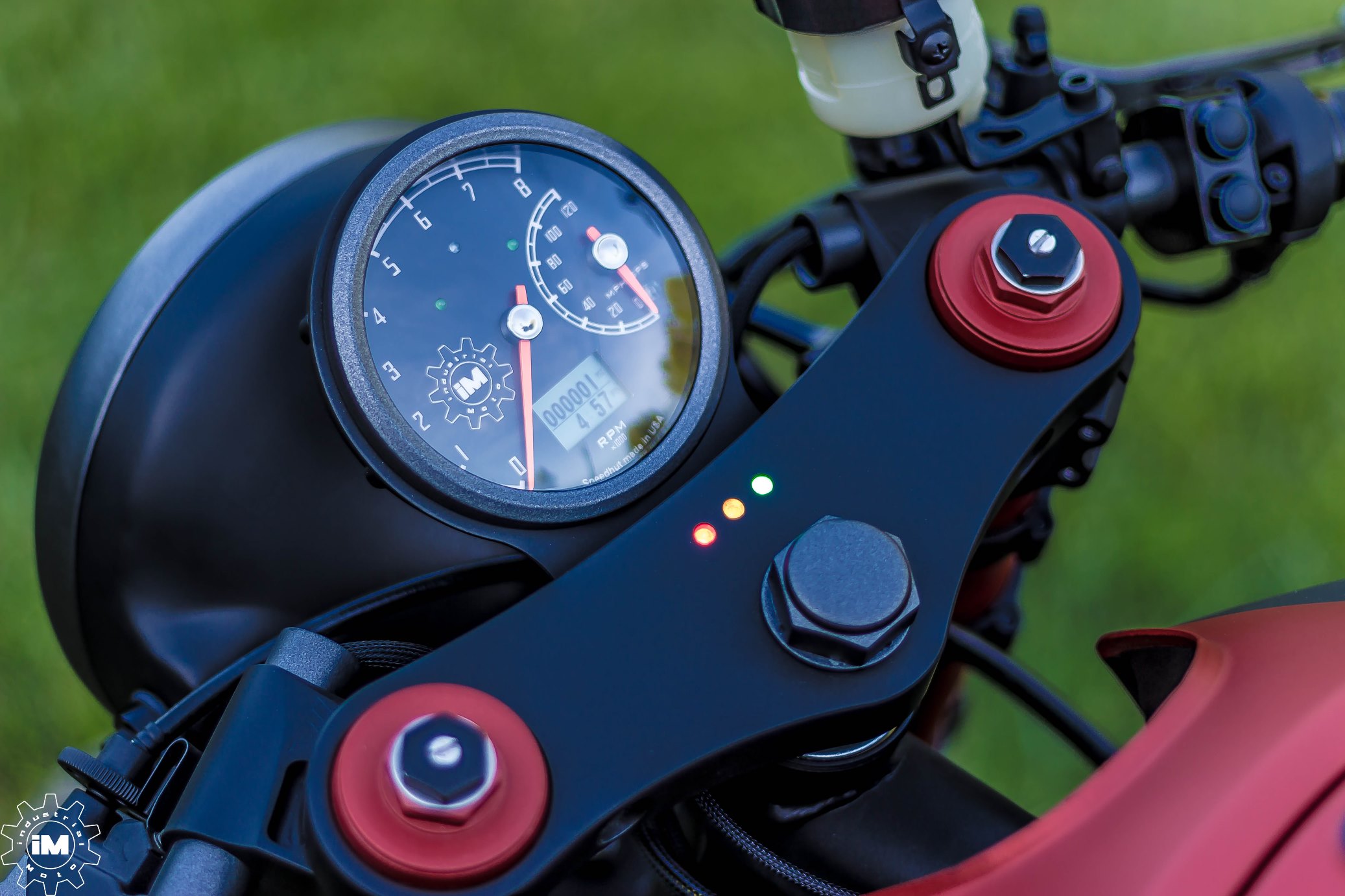 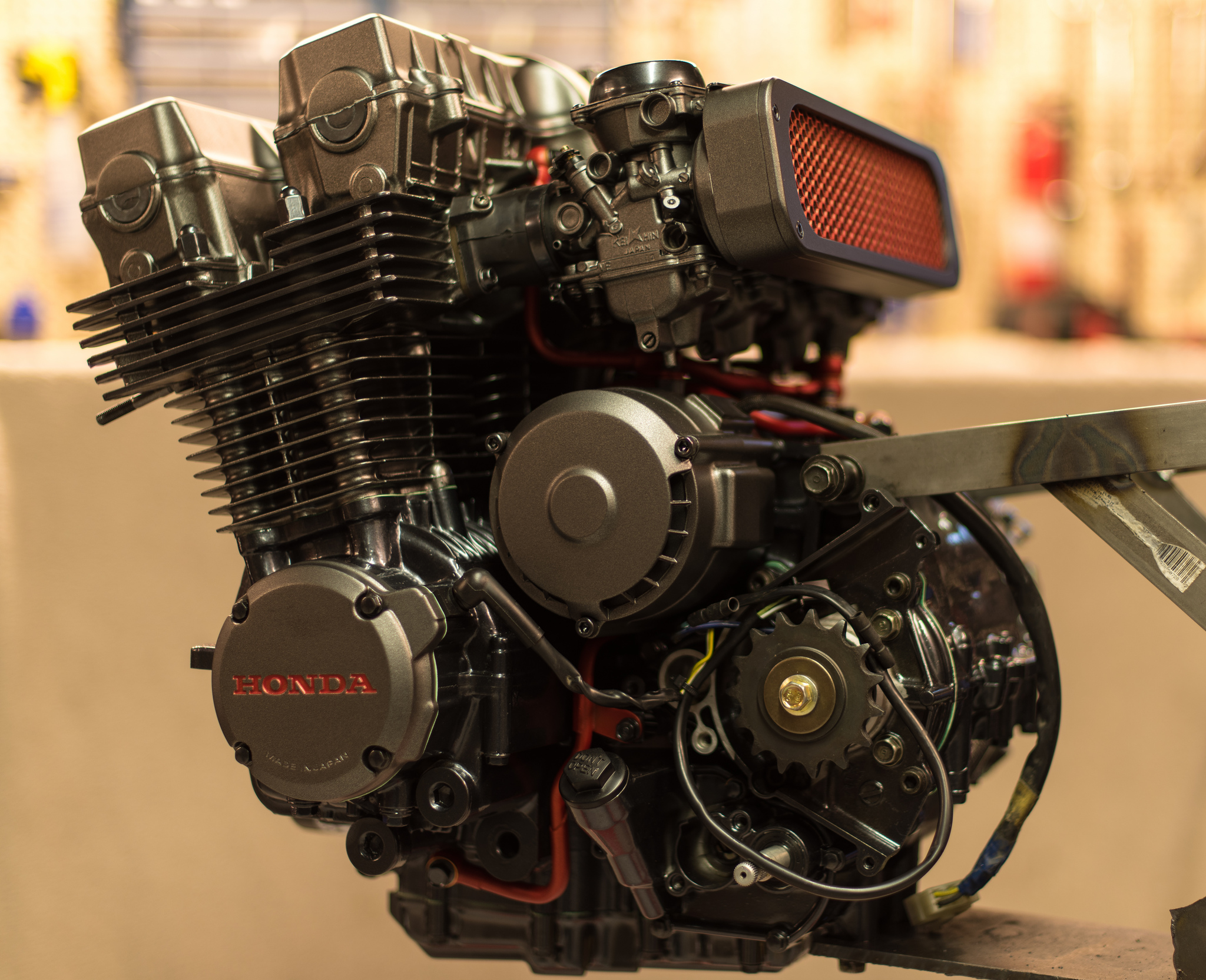 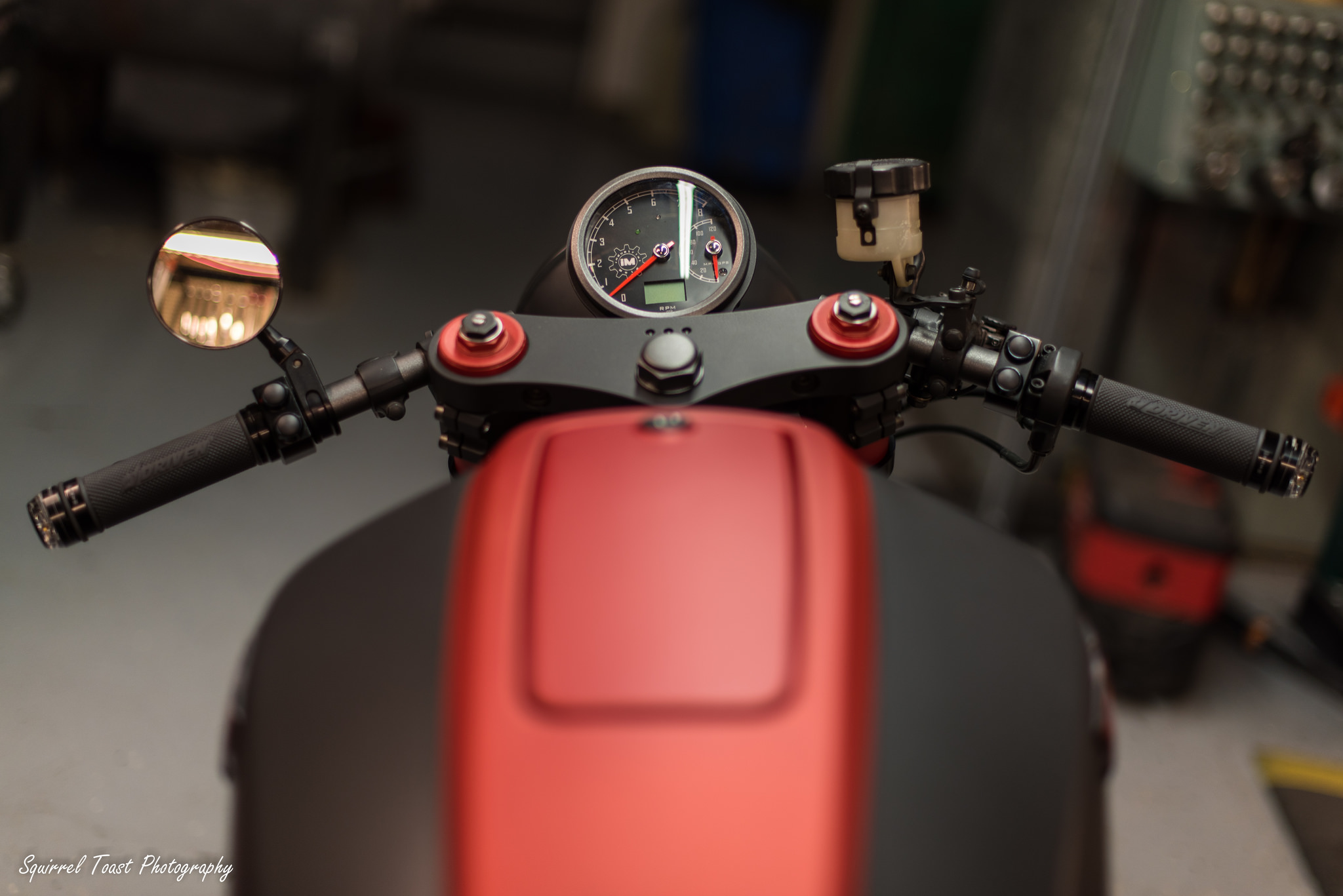 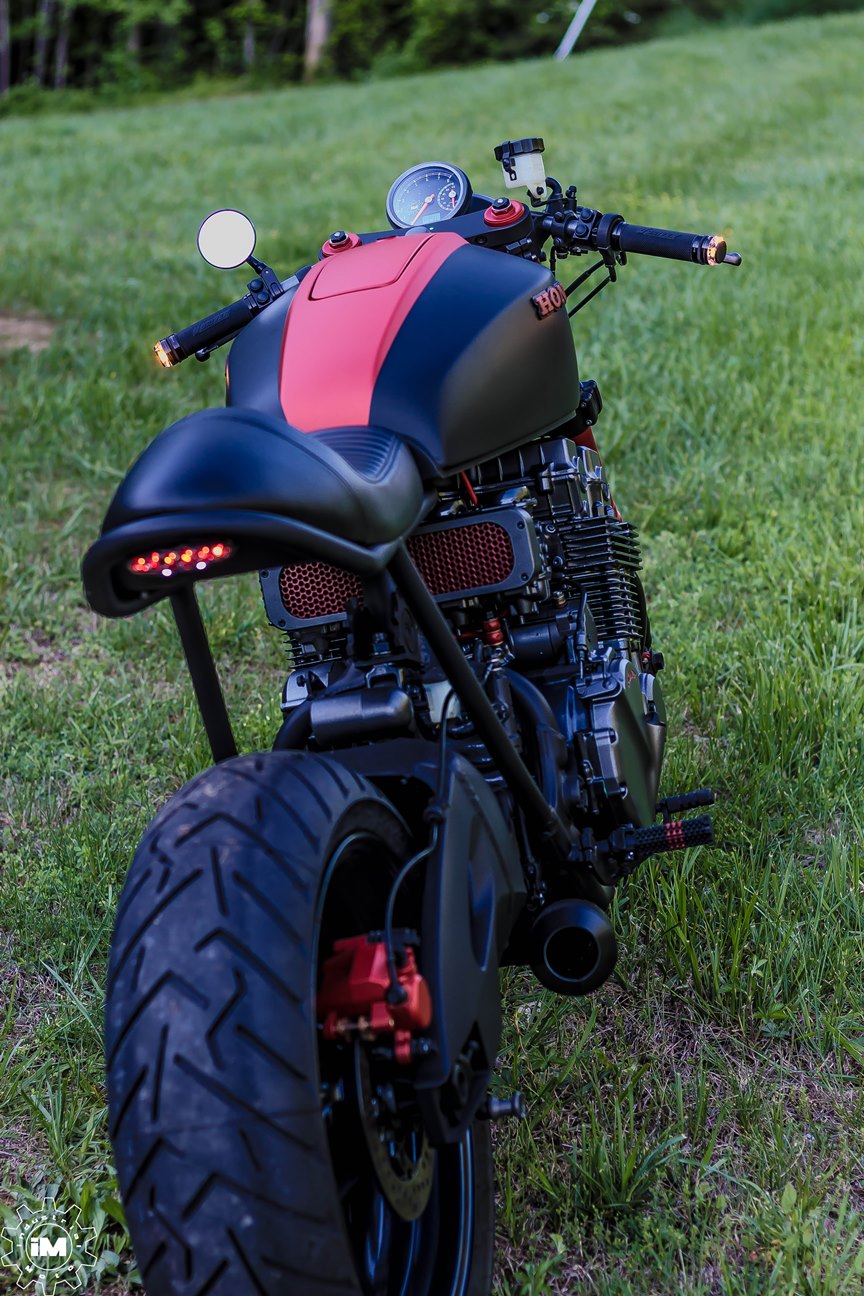 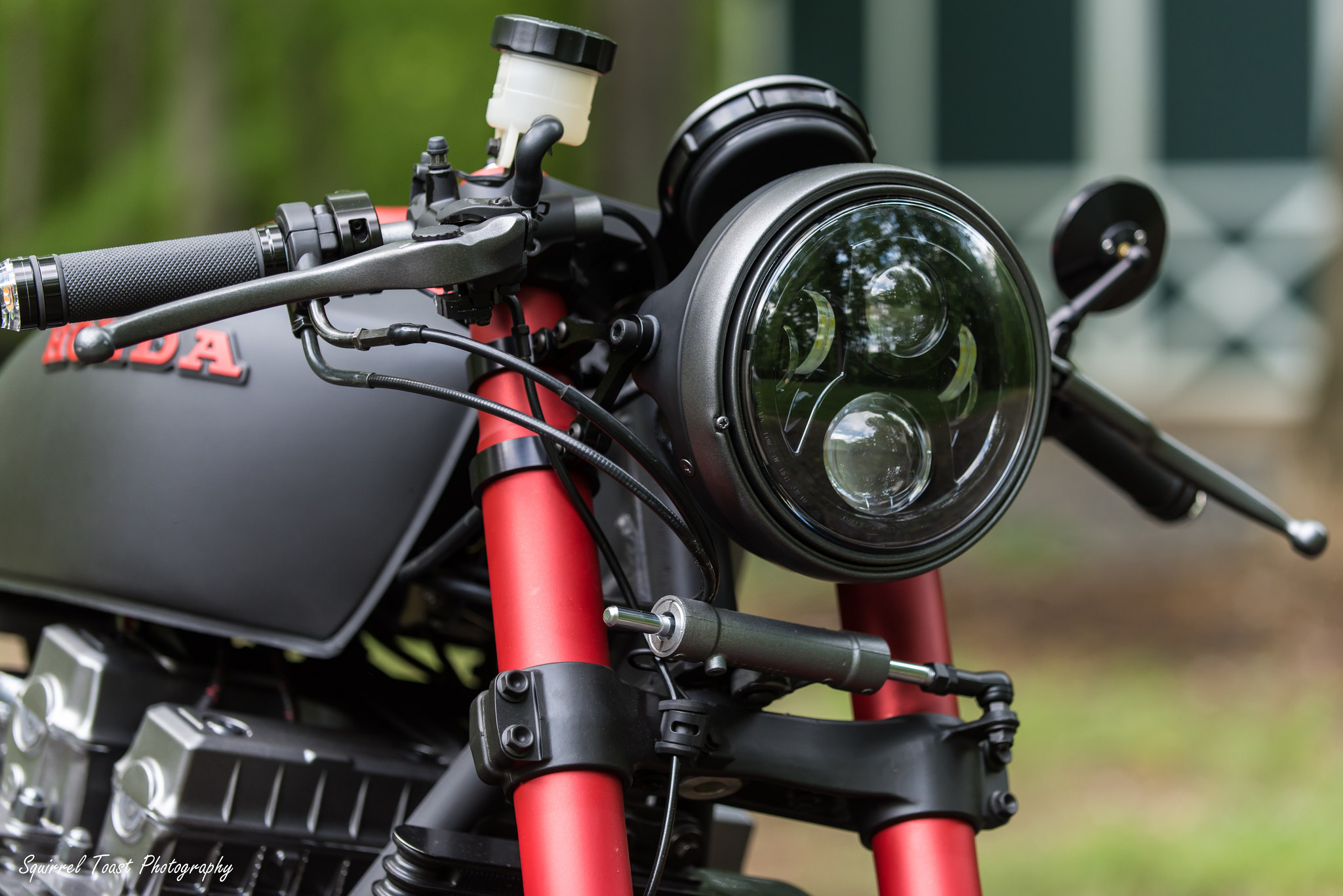 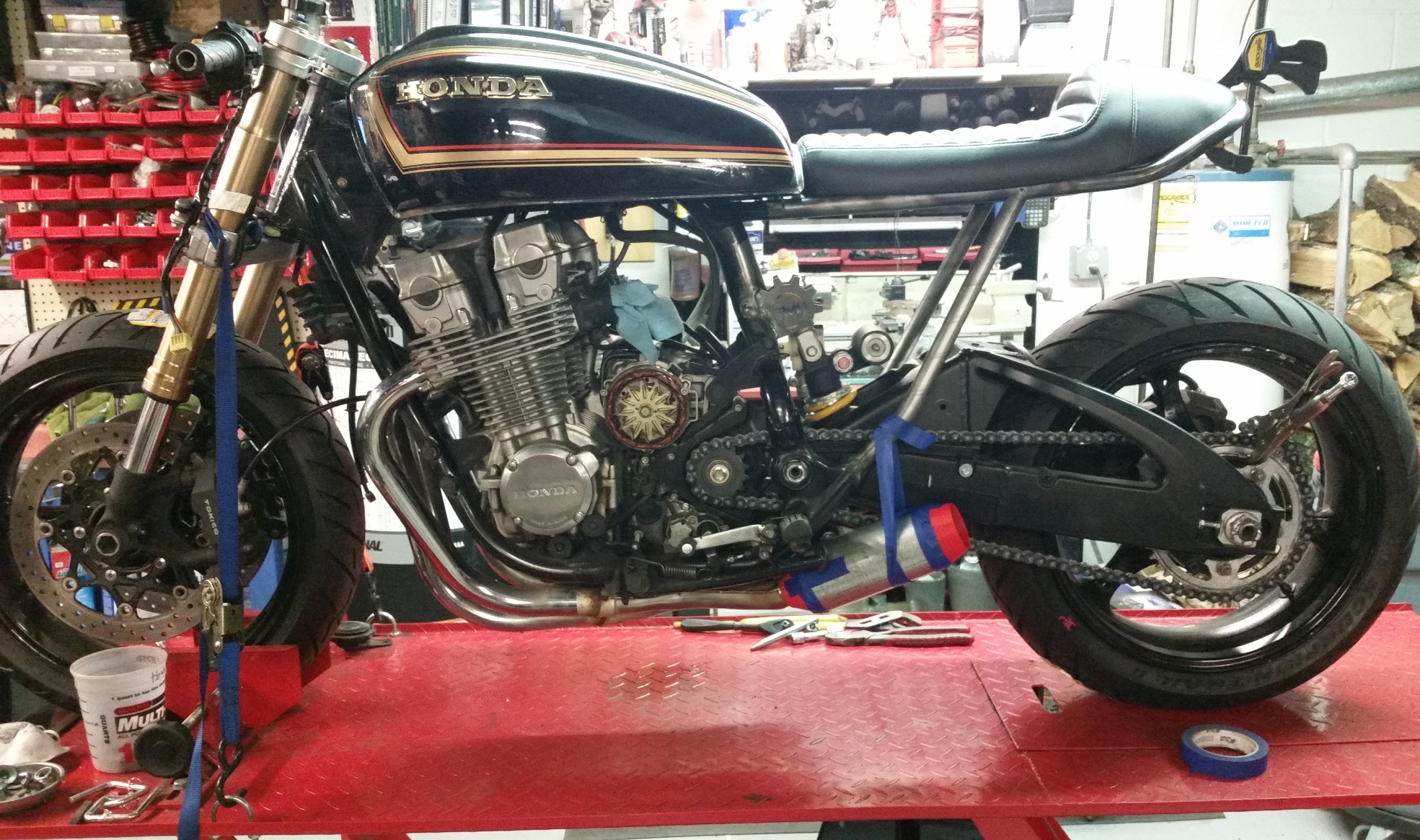 -Tim Huber from www.bike-urious.com-
"CB cafe racers are a dime-a-dozen these days so it’s not often that I come across one that stands out as being genuinely special but this 1992 CB750 built by IndustrialMoto is all kinds of awesome. Not only does this one-off CB feature modern components and suspension, but the cosmetic work and build quality are good enough to easily pass for a factory bike."

"The folks over at IndustrialMoto really have pulled off an impressive build with this bike. The attention to detail and craftsmanship are beyond impressive and I think justify its hefty price tag."

-Joeri from www.bikebrewers.com-
"The Honda CB750 maybe is one of the most used based bikes for building a cafe racer. And a lot of these builds look like each other which makes it pretty hard to stand out from the crowd. Nevertheless, there are still popping up really, really nice machines (like this one). This machine right here is built by Industrial Moto, a custom shop based in Virginia. It’s a perfect mix between retro aesthetics and modern day technology. It’s called “Project Scorpion”."

-BikeExif Custom Bikes of The Week-
"Honda CB750 Nighthawk by Industrial Moto. Industrial Moto is a relatively new shop based in Culpeper, Virginia, and aims to make affordable customs that don’t skimp on the details. Its latest project is this performance-focused Honda CB750 known simply as Project Scorpion.
Working from a well-ridden 1992 CB750 Nighthawk, the team decided they wanted a corner-carving cafe as the end result. A 2006 Gixxer was robbed of its front end and its mono shock swing arm was fitted up as well. This not only improved suspension and stance, but also allowed for better brakes and beefier rubber. To make sure those components weren’t wasted, the Honda powerplant was completely rebuilt with all new seals, bearings and gaskets, and the carbs were rejetted too. The air intake sitting on top them is a hand milled aluminum unit.
The Nighthawk’s bulky tank was swapped for a 1978 CB750 unit to help nail the retro aesthetic. That look continues with the custom sub-frame and the humped and tuck-rolled leather seat. A Motogadget m.Unit has been fitted up to work with a custom iM emblazoned gauge set along with the m.Lock wireless key system."